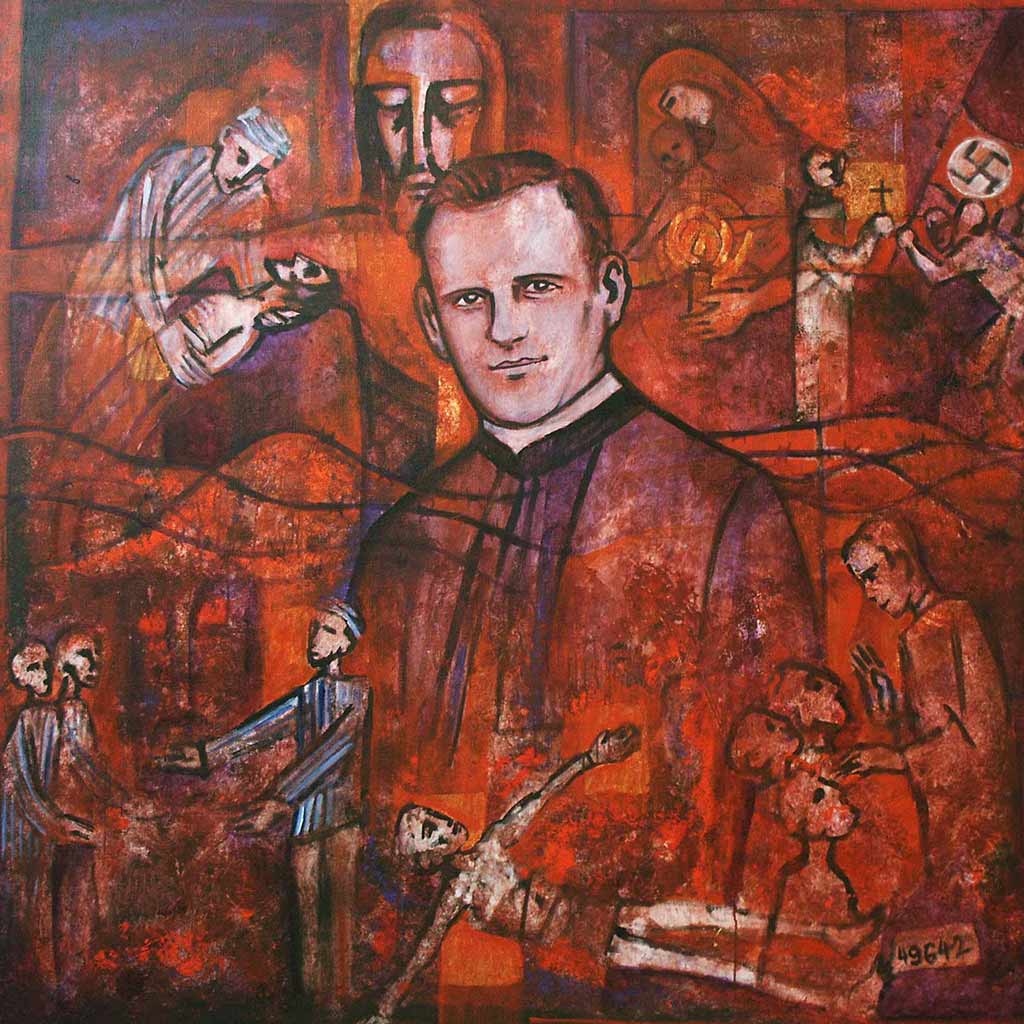 Born the son of a stonemason on May 26, 1900 in Ruppach Goldhuasen Germany.  Blessed Richard Henkes was educated early on in the Catholic faith by his devoted and loving mother. He first became interested in the Pallottines when by chance a Pallottine priest who served in the Cameroon missions came to his parish to speak about his ministry there. He joined the Pallottine community in 1919 in Limburg, took his first promises in 1921 and ordained a priest on June 6, 1925.  Due to World War I and the depression that followed in Germany during the 1920's and 1930's he witnessed the rise of Hitler and the Nazi party in Germany, both of whom he disapproved.

On March 7, 1937 he was arrested after giving a sermon in which he denounced the Nazi regime, was hauled into court in Breslau, but was released, yet from that time onward he fell under closer scrutiny by the Nazis. Nevertheless, this did not discourage him from continuing to speak against the Nazis and their policies. Finally the government had enough of his critical statements and arrested him again on April 8, 1943 under the pretext of abusing the pulpit to make politicized statement. He was first sent to Ratibor prison and later moved in July 1943 to the Dachau concentration camp.

While at Dachau in mid 1944 he served as a canteen keeper for the inmates of Block XVII. It was in Block XVII that he volunteered in December of 1944 to work and care for those who had contracted an acute disease. He himself was eventually infected by the disease and died about eight weeks later. Even though his remains were cremated at the concentration camp, they were smuggled out so that they could receive a more proper burial later on June 7, 1945.

The process for his beatification was mentioned in 1947, but not vigorously pursued until 2001 when a formal application of his cause was made to the Congregation for the Causes of Saints. On September 4, 2002 the Congregation decreed Henkes a Servant of God. The diocese in Limburg, Germany launched its inquiry into the beatification process on May 25, 2003 and concluded its finding on January 23, 2007. The findings were sent to Rome and after receiving the approvals of many commissions and studies Pope Francis confirmed that Fr. Henkes would be beatified on September 15, 2019 in the cathedral in Limburg, Germany. Cardinal Kurt Koch presided at the celebration. 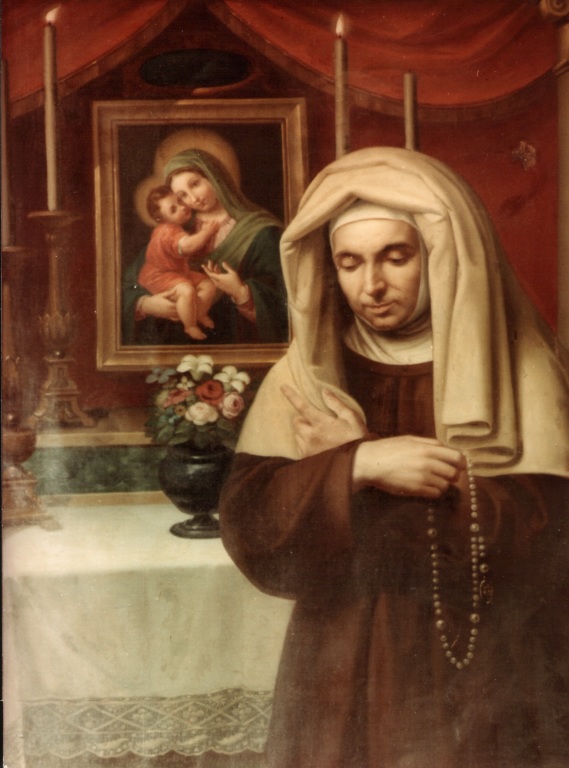 Elizabeth Sanna was born in Codrongianos (Sassari) on April 23, 1788.  At the age of three months, she lost the ability to raise her arms.  She married and raised five children.  In 1825 she was widowed and made a vow of chastity.  She was a spiritual mother to the women and girls of her area.

In 1831, having embarked on a pilgrimage to the Holy Land, she then went to Rome and was unable to return home due to grave physical ailments.  She dedicated herself totally to prayer and to service of the poor and sick.  She was among the first members of the Union of the Catholic Apostolate (UAC) of St. Vincent Pallotti, her spiritual director.

Her dwelling became a shrine of faith and of burning love.  She died in Rome on February 17, 1857 and was buried in the church of SS. Salvatore in Onda.  Witnesses confirm and shed light upon the words of St. Vincent Pallotti reported by Fr. Scapaticci and Fr. Vaccari:  "Two people until now have carried the UAC forward:  one is, as you have often understood from Fr. Vincent, Elisabeth Sanna, a poor woman.  The other is Cardinal Lambruschini."

For this reason the "poor" Servant of God received the privilege of being buried near the tomb of St. Vincent Pallotti.  When she died her reputation for holiness was so great that, just four months after her death, a postulator was named for her cause of beatification; however it lasted more than one and a half centuries.

Elisabeth was declared Venerable on January 27, 2014.  The miracle which finally paved the way for her beatification, approved by Pope Francis on January 22, 2016 was the healing of a young Brazilian woman, Suzanna Correia de Conceicao, of an atrophy of the muscles of the right forearm and hand with grave function impairment.  Elisabeth Sanna was beatified on September 17, 2016. 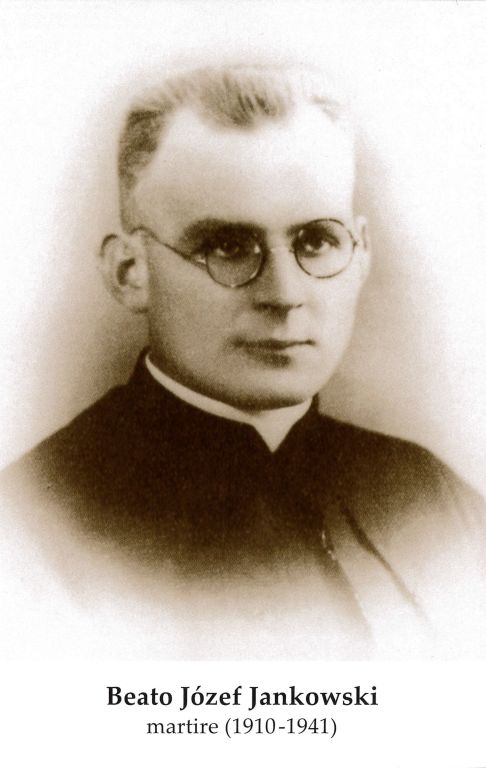 Joseph Jankowski was born on November 17, 1910.
He made his Consecration in the Society of the
Catholic Apostolate (Pallottines) on August 5, 1931. 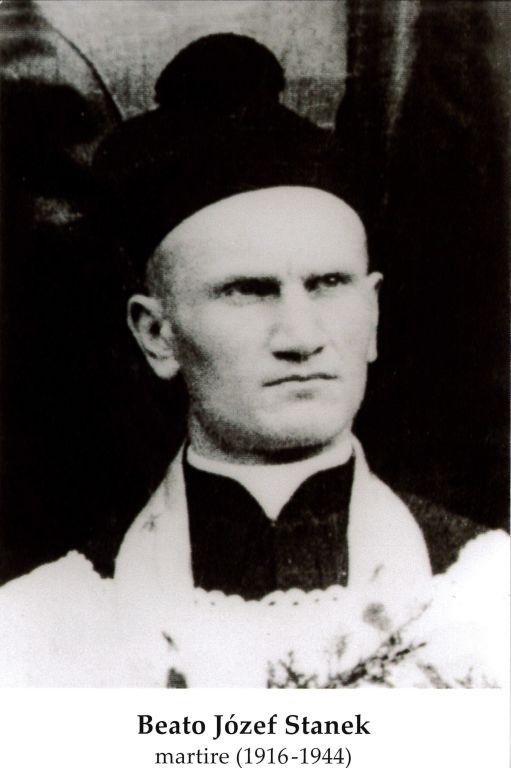 Joseph Stanek was born on December 4, 1916.
He made his Consecration in the
Society of the Catholic Apostolate (Pallottines) on August 15, 1937.

All powerful, ever-living God, turn our weakness into strength.
As you gave your martyrs Joseph Jankowski and Joseph Stanek
the courage to suffer death for Christ,
give us the courage to live in faithful witness to you.
Grant this through our Lord Jesus Christ,
who lives and reigns with you and the Holy Spirit
one God, for ever and ever.
AMEN.